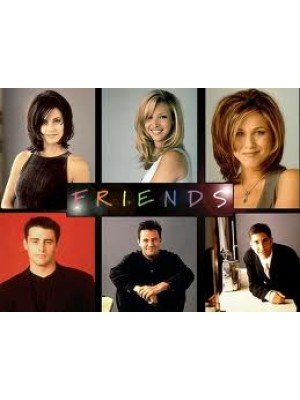 ►..DESCRIPTION:
This half-hour comedy started with six twentysomething friends who face life and love in New York. Now  they are six thirtysomething friends with older  bigger concerns. Monica and Chandler have married. Ross and Rachel have fallen in love  broken up  married  divorced  and had a baby together - in that order. Phoebe recently married  and Joey is still acting.

BRIEF HISTORY:
After nine years on the air  "Friends" won its first Oustanding Comedy Series Emmy in 2002. The 2004 season will be its last. Matt LeBlanc will continue his character on the new NBC series "Joey."