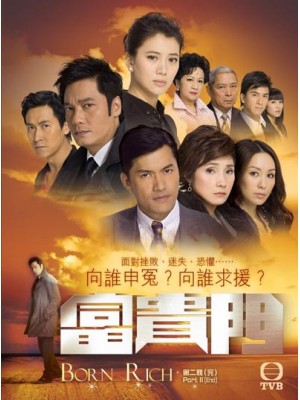 Sophisticated banker Marcus Cheuk mistakes con artist Sha Fu-loi for his half brother Cheuk Yatming, fortuitously elevating the swindler to one of the leading figures in the banking industry. The lost and found brotherhood has blinded Marcus to Fu-loi s real nature and intentions.

Marcus is kidnapped overseas by a group of rioters. He undergoes a dramatic personality change after the incident. His wife Connie has tried her best to console him but still cannot help him get over the unpleasant experience. Longing for more comfort and support, Marcus gets back with his ex-lover Angie. Connie is heartbroken to learn the affair and it has left the broken mirror that can t be mended.

The identity of Cheuk Yatming gives Fu-loi not only a sense of family warmth but also a sweet taste of romance. He finds himself in love with Marcus s younger sister Rene. Rene is also attracted to Fu-loi, but thinking that they are true biological siblings, she decides to keep her love under wraps and stays with her longtime admirer Topman instead. Later on, Yatming kisses her and, thinking that her brother loves her in the wrong way, goes to Sabah to try forget Yatming.Topman follows her there and they fall back in love after Topman finds the ring she throws into the ocean. This comes as a huge blow to Fu-loi. He is not willing to lose his love, but neither can he reveal his real identity. Caught up in the dilemma between love and money, Fu-loi finally chooses the fortune road of no return.

It is all a tough battle for money, a devious triangle of love, and a severe challenge to ethics.---