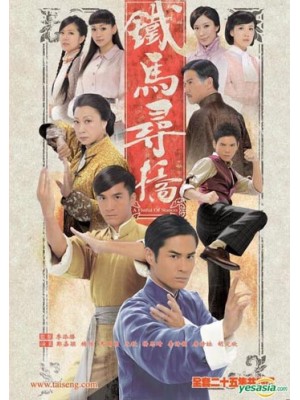 Au-Yeung Wai-Lan (Yuen Qiu), owner of a martial arts training school, is reunited with her long-lost son Ku Yu Cheung (Kevin Cheng) after years of agonizing separation. On his return home, Yu-Cheung is shocked to find that his younger brother Koo Yu-Tong (Kenneth Ma) has been critically ill and that his father was murdered long ago by Wing Tak (Dominic Lam), the existing director of a pharmaceutical company and a bitter old foe of the Koos.

Pinning all the family hope on Yu-Cheung, he later learns a special set of kung fu skills, and register for the Seven States Martial Arts Championship Tournament. Out of the blue, Yu-Cheung s opponent in the final turns out to be Wing Man-Kwan (Jacky Heung).

After the tournament, Yu-Cheung and his family found evidence to prove to everyone that Wing Tak is guilty. Wing Tak began to use cruel ways again to save himself.